The VIII Provincial Chapter took place from 18th to 24th April 2022 at Claretians-LIFE, Dindigul. The Chapter began with the Inaugural Mass at 5.30 pm presided over by Rev. Fr. Henry Omonisaye CMF, the Chapter President (Vicar General). In his homily, he called everyone in the Chapter to become aware of the other influences that are not of God and participate in a committed way. He stressed on the theme of the Chapter ‘In Christ, Ignited for Mission’. He also said that the Responsibility, Accountability and Spiritual Awareness should guide us in our Chapter Process.

Then the Chapter President read out the message of Fr. Mathew Vattamattam CMF, the Superior General to the Chapter Members. Fr. Superior General thanked Fr. Provincial Superior and His Consultors for their Service of Animation to the Province at particular and the Congregation at large. He invited all the Chapter Members to be aware of the Temptation of Spiritual Worldliness, which Pope Francis warns. He urged all to think together for Collaborative Mission at the ASCLA West Conference Level. He also called everyone to be aware of the signs of our times.

The Chapter Vice President explained about the Itinerary of the Chapter. After this, the Chapter President officially declared the Eighth Provincial Chapter of the Chennai Province open.

Fr. Maria Joseph CMF, the Provincial Secretary read out the contents of the file given to all the Chapter Members. He said that 43 Chapter Members are present except one – Fr. Berkmans CMF from East Malaysia. The Chapter President explained that Fr. Berkmans CMF will not participate in the Chapter due to his Stay Permit Issues in East Malaysia and so he will be substituted by Fr. Prince Carneelyes CMF, the Econome of the House, who will join the Chapter on 20th April 2022.

The Provincial Secretary also read out that the following materials are in the file:

The chapter went on well with the grace of God. 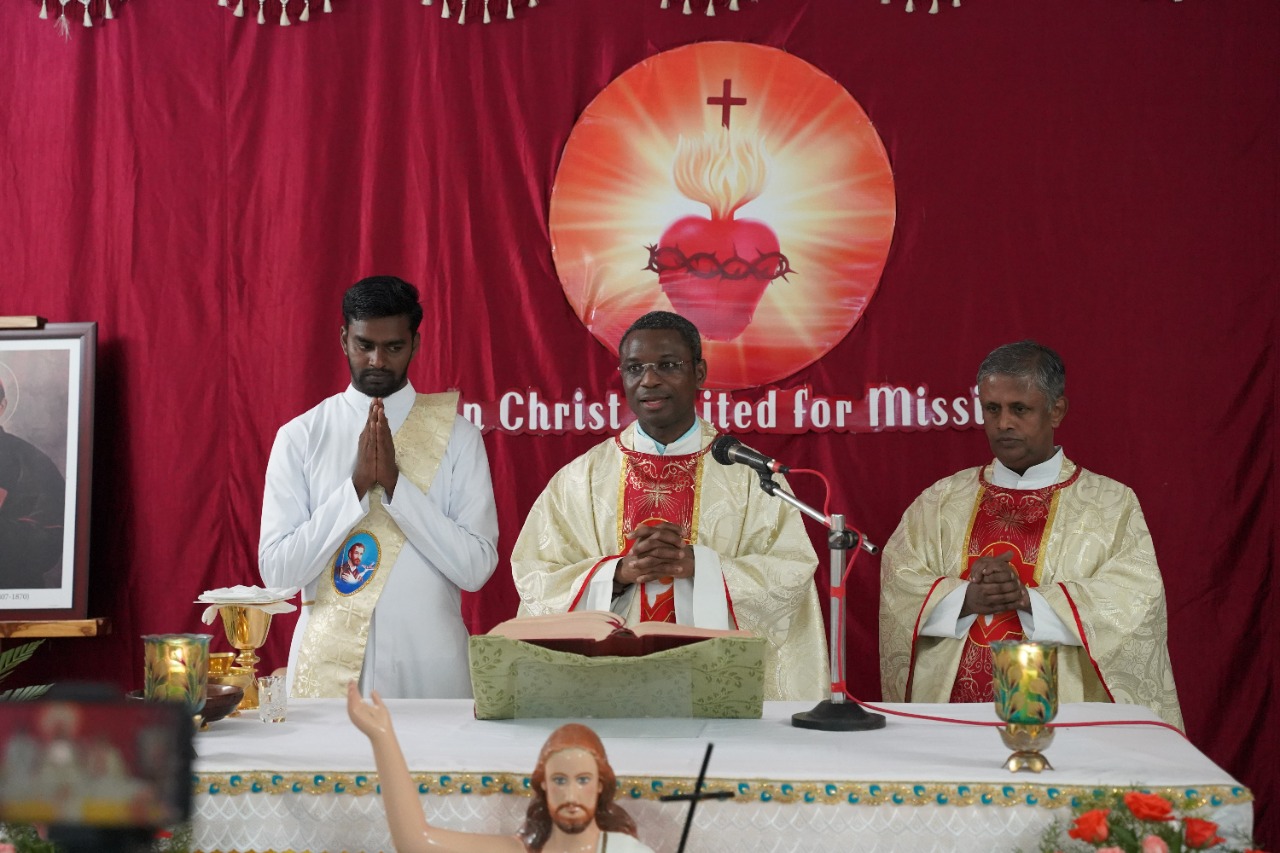 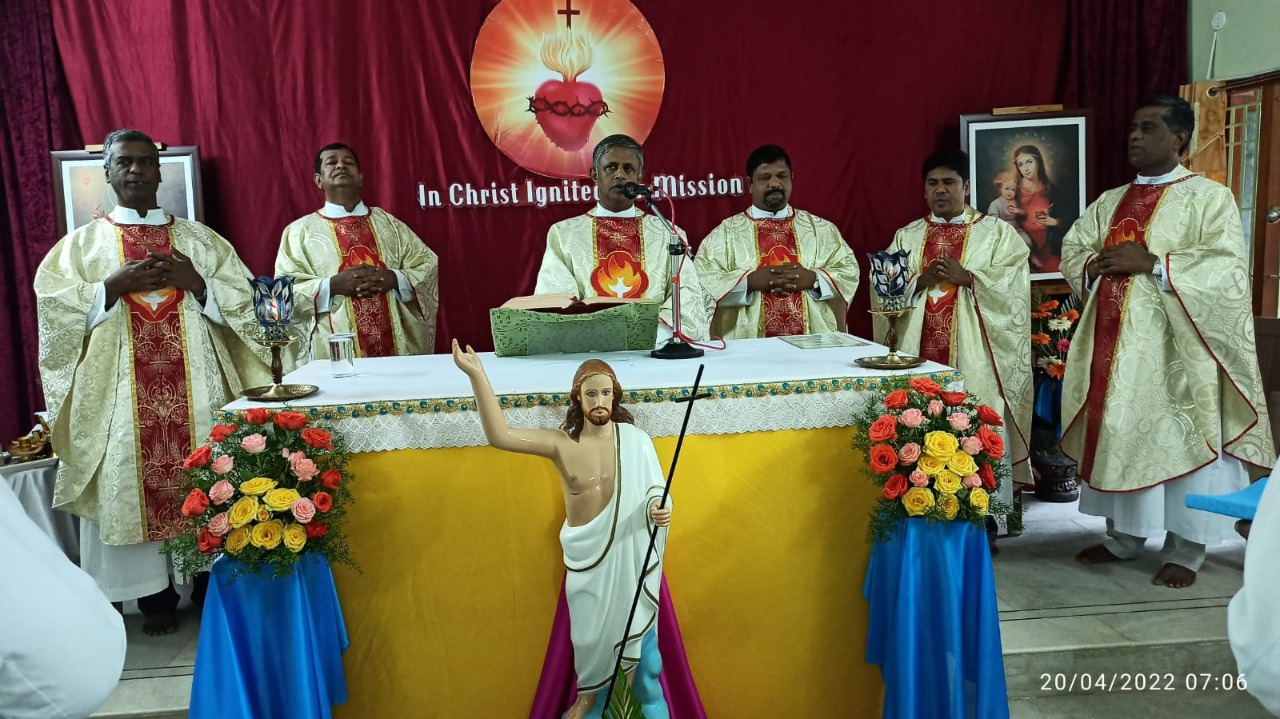 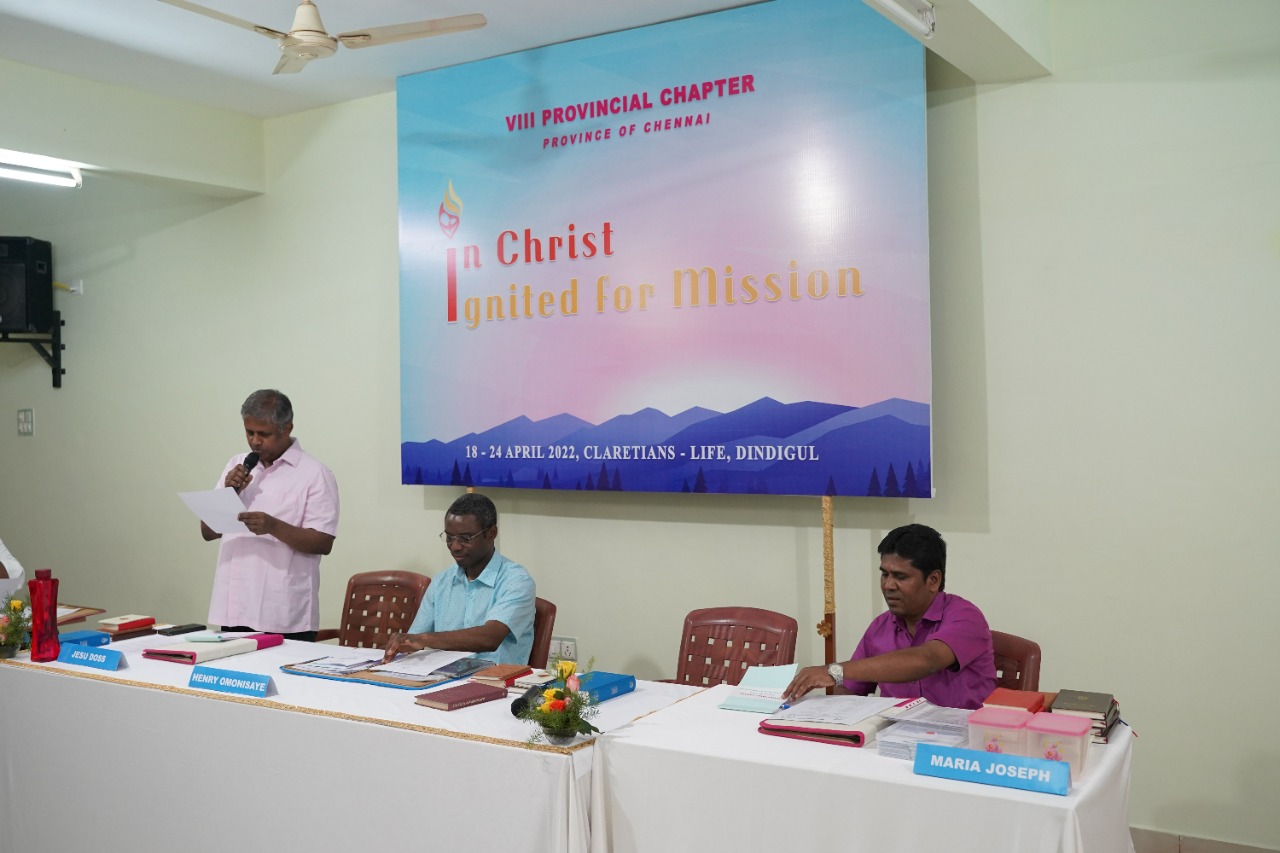 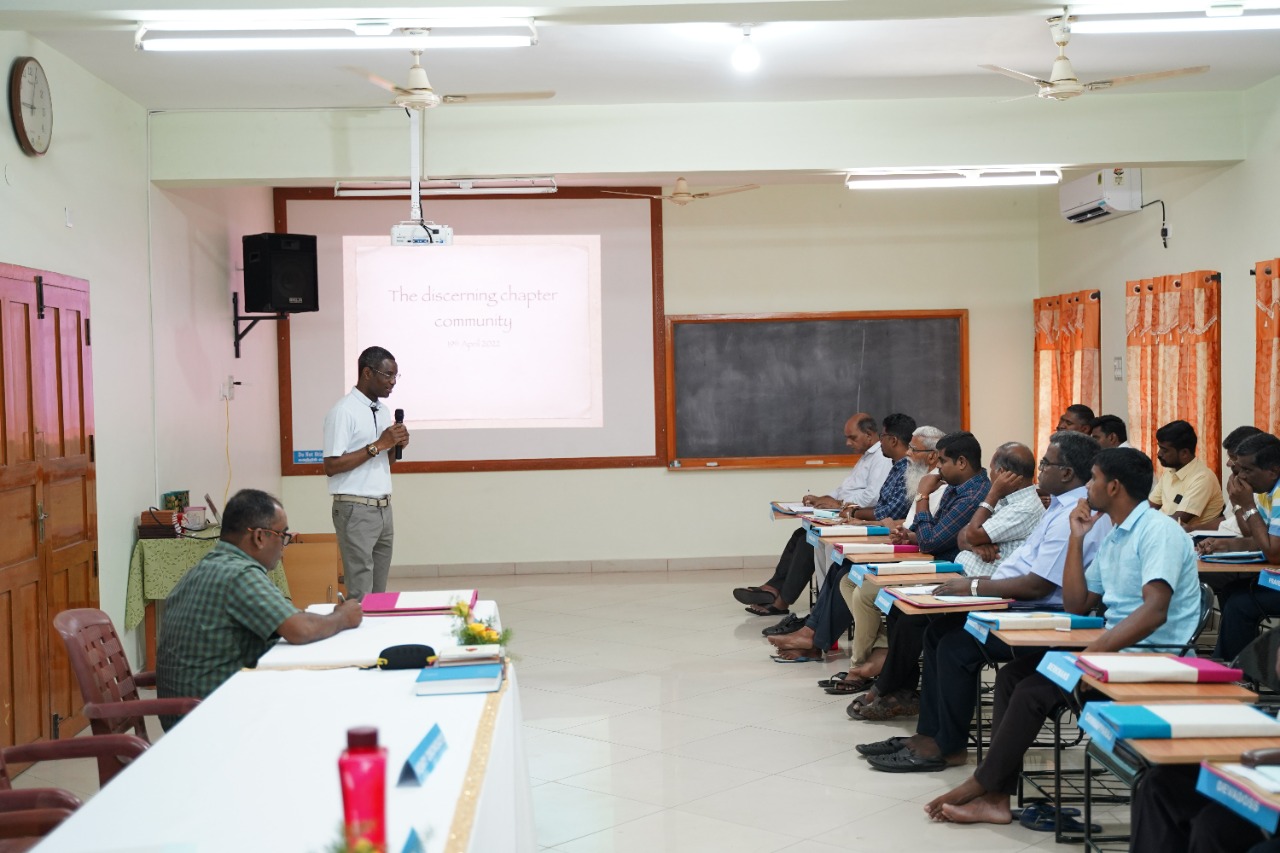 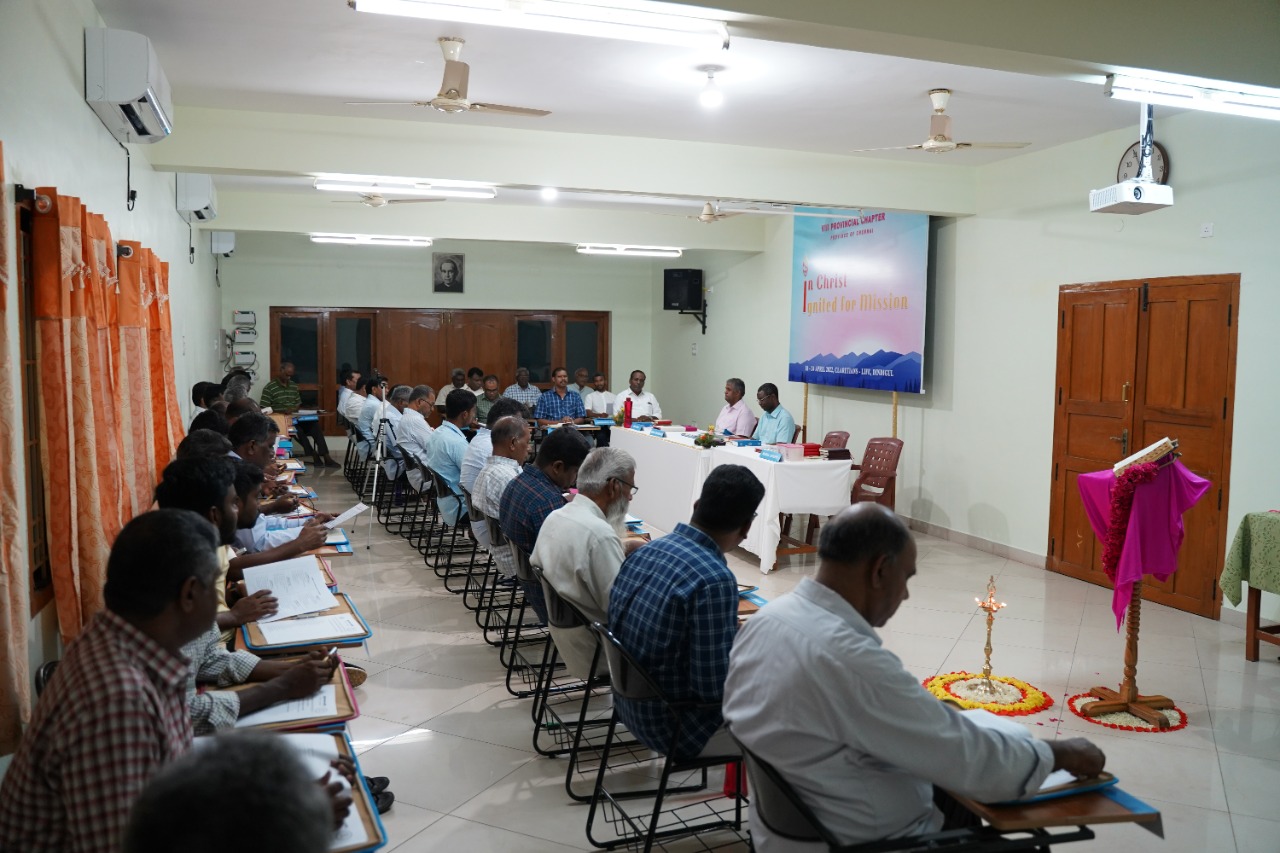 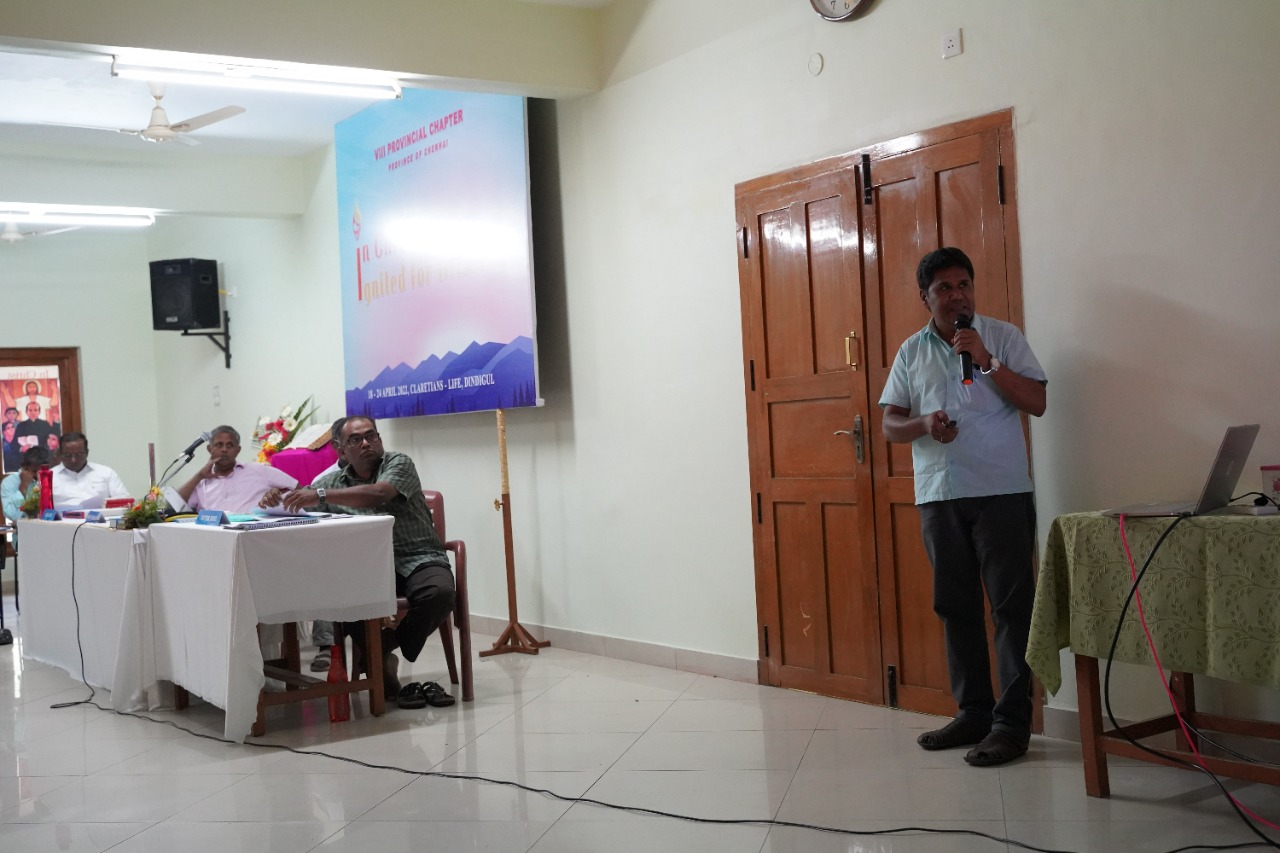 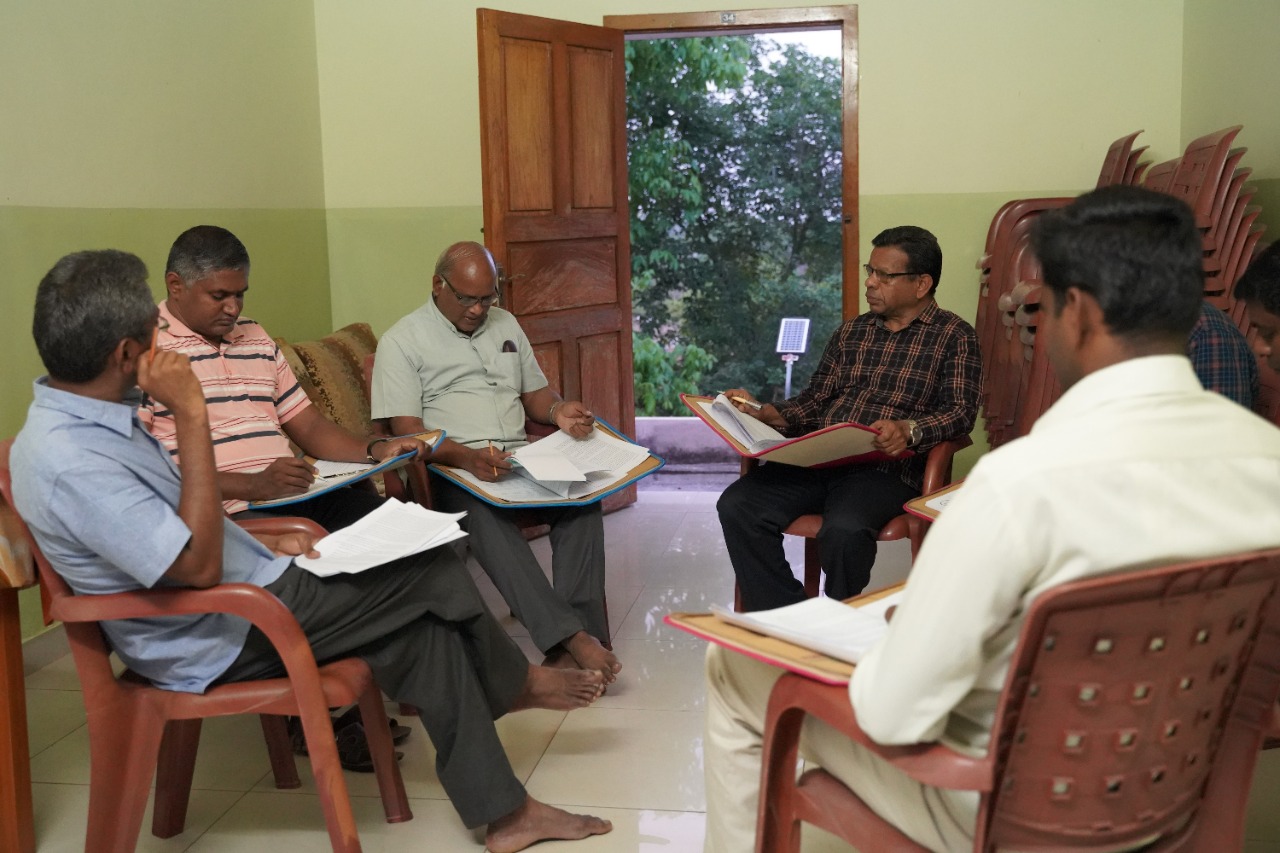 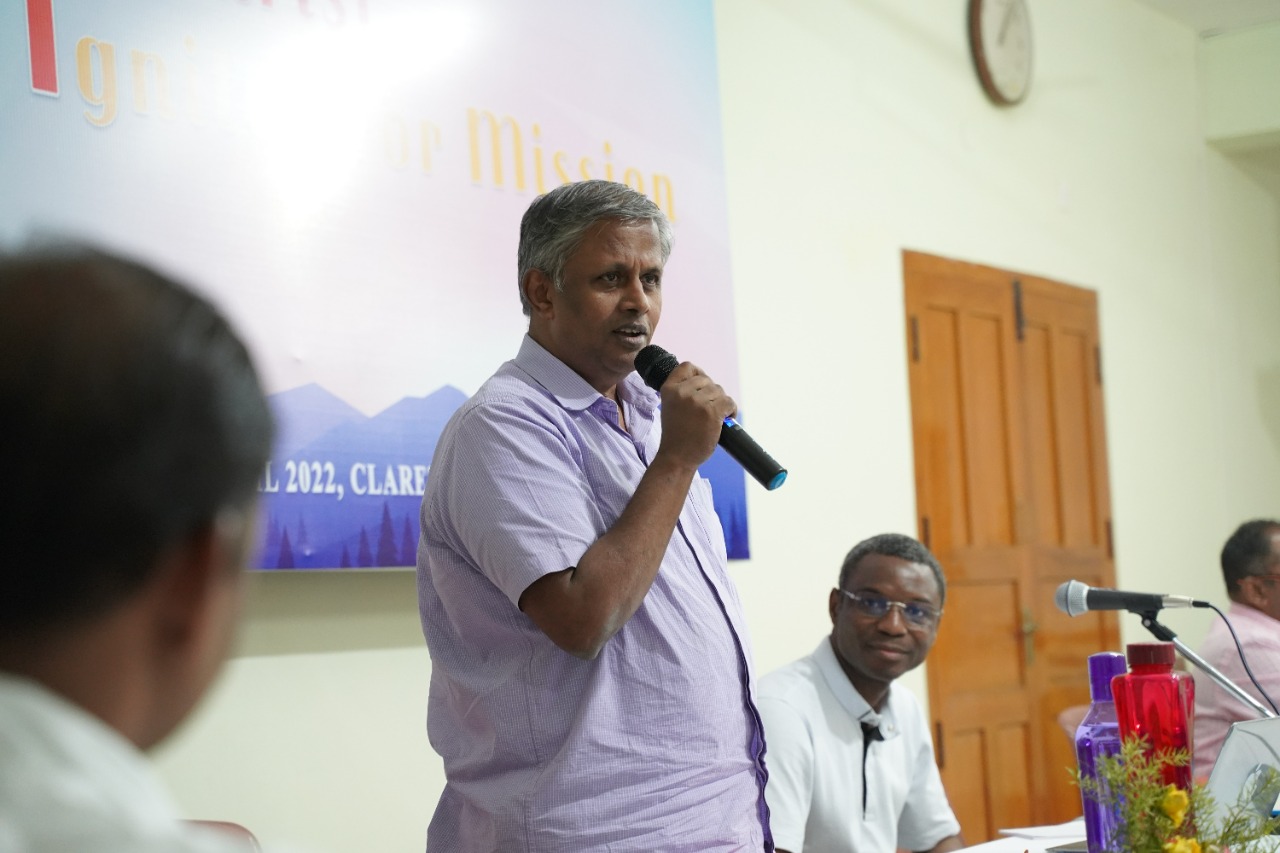