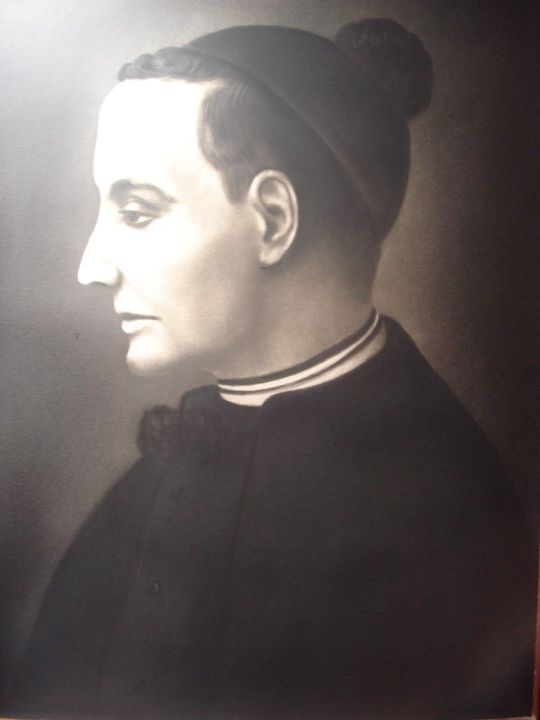 He was born on 28 May 1812 in a farm that belonged to the parish of Saint Martin of Sescors (Barcelona), distant one hour from Manlleu and three from Vic. In 1828 he began the study of Philosophy in the seminary of Vic and, later on, took up Theology in Cervera. In 1839 he was ordained a priest. In 1843 he met Fr. Claret during the Spiritual Exercises that the latter gave to priests in Gombreny. These Exercises meant a radical change for Fr. Sala. Fr. Benito Vilamitjana, future Archbishop of Tarragona, who shared the room with Fr. Sala, gave testimony of his conversion. From then on, he accompanied Fr. Claret in many of his missions. He was the first person Fr. Claret recruited for the foundation of the Congregation which his brother Bernard was also to join later on. When Fr. Claret went to Cuba as Archbishop, he appointed Fr. Sala his successor as Superior General of the Congregation. He also directed the newly founded Congregation of the Carmelite Sisters of Charity. Fr. Xifré wrote about him: “he was of regular height and pleasant figure; with a clear voice and good diction. He was well mannered and educated… His modesty was well known: his mere presence was enough to soothe everyone… He was most humble and meek of heart, zealous and, above all, so chaste and pure of heart that we do not hesitate to assert that he never in his life lost his baptismal grace. He was one of the best talents in the then University of Cervera. As a preacher he was among the best reputed of his time in the principality of Catalonia.” Fr. Claret managed to have him named his successor in the archdiocese of Cuba, but the sickness and death of Fr. Stephen Sala on 18 April 1858 prevented that wish from becoming a reality. He was 45 years old. 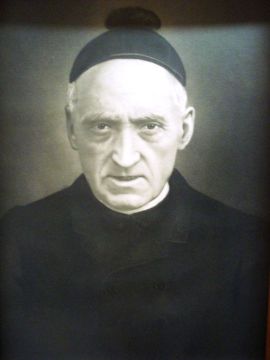 BICENTENARY OF HIS BIRTH

He was born in a farm in the neighbourhood of Vic (Barcelona) on 18 February 1817. In 1829 he started his ecclesiastical career in this same city. At that time it was not possible for anyone to be ordained priest in Spain because of the civil war situation. As a consequence, Joseph Xifré went to Rome in 1839 and lodged at the convent of Saint Basil. There he providentially met Fr. Claret who had gone there with the intention of joining the Propagation of the Faith. On 16 February 1840 he was ordained priest and returned to Spain. His apostolic spirit was very similar to Claret’s. From a very early stage he felt the desire to devote himself to preaching, leading a poor life and travelling by foot; for several years he followed this style of apostolate. Together with Fr. Claret, he founded the Congregation of Missionaries. He possessed a sharp talent and intelligence, was tall and slender, of dark complexion and bright eyes, quite a character. Beneath an austere appearance he concealed a big, magnanimous heart, imperturbable in dangers, an ardent entrepreneur. After the death of Fr. Stephen Sala, he was designated third Superior General on May 1st, 1858 and held this office until his death. While the Founder was still alive, Fr. Xifré always considered him as the Superior, and maintained with him continuous correspondence; it was he who ordered Fr. Claret to write his Autobiography. Exiled in France after the revolution, he accompanied Fr. Claret during the last days of his life in Fontfroide, gave him the last sacraments and received his religious profession. From then on, his entire life was a continuous dedication to the Congregation, making it grow to its greatest expansion up to the very day of his death, which occurred in 1899 in Cervera. 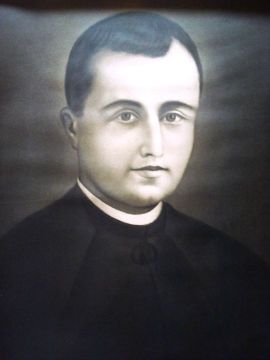 Was born in Vic (Barcelona) on 22 September 1816. He was short in stature but of pleasant bearing, kind, cheerful and modest. He was among the first to accompany Fr. Claret in his apostolic works. Because of his outstanding qualities, he was chosen for the foundation of the Congregation. He it was that, upon hearing Fr. Claret’s statement, “Today we start a great work,” with a humorous smile, retorted: “What can we do, since we are so young and so few?” Claret answered, “You will see. If we are young and few, the more God’s power and mercy will shine.” Father Vilaró was also chosen to accompany Fr. Claret when the latter went to Santiago de Cuba as Archbishop. There he worked tirelessly preaching missions, retreats and conferences but, victim of his great zeal, he had to return to Vic in 1852. There, at the request of his family, he stayed in his house and not with the community; he did this perhaps in order not to distract the attention of the missionaries with caring for him, since they were very few. But in his heart he was always with them till his death that occurred a few months later. In his sickness he was always attended by Fr. Clotet in whose arms very likely he died. Due to the last events of his life, Fr. Xifré considered him excluded from the Congregation. The General Chapter of 1922 rehabilitated him and put him again on a level with the rest of the cofounders.

Fr. Claret writes in his Autobiography about Fr. Vilaró (n. 592): “I made him my secretary and he fulfilled this job very well. Besides acting as my secretary, he also preached and heard confessions frequently. He was well educated, virtuous, zealous and a hard worker. He fell ill and, because the doctors in Cuba could do nothing for him, they ordered him back to Spain, where he died in his hometown of Vic.” 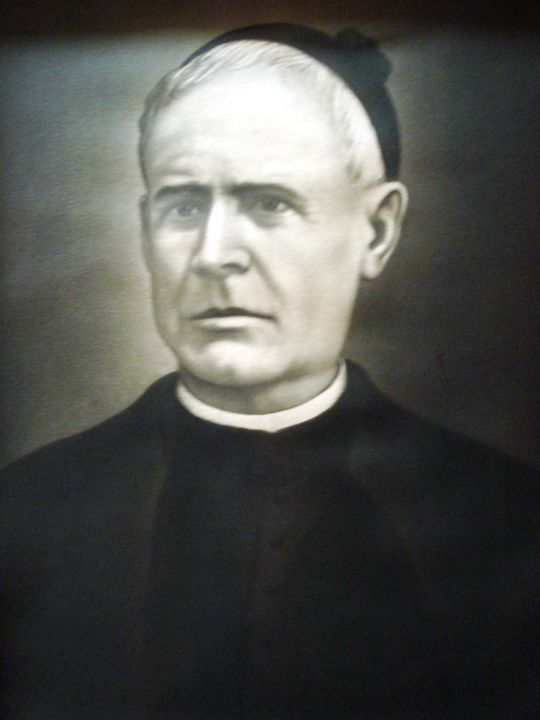 Was born in Orís (Barcelona) on 10 July 1817. He was rather short, simple and timid, of a somewhat melancholic character, industrious, with a clear and penetrating voice that drew large audiences to his sermons. Like Xifré, and perhaps together with him, he also had to go to Rome and stay at the convent of St. Basil. There for the first time he had contact with the famous “Mosén” Claret, whom very likely he already knew, since he was only two years ahead of him in the seminary. He was ordained priest in Rome. Back in Spain, he devoted himself to the cure of souls until one day he was called by Msgr. Casadevall who invited him to get in touch with Mosén Claret. On 16 July 1849 he founded the Congregation together with Claret and the other companions. He was general counsellor of the Congregation. He was responsible for the foundation of the house of Segovia in 1861 and dedicated himself to preaching throughout the entire region. He was also tasked with the foundation of Huesca. After several appointments throughout Catalonia, already advanced in years, death caught up with him in Solsona in the year 1895. 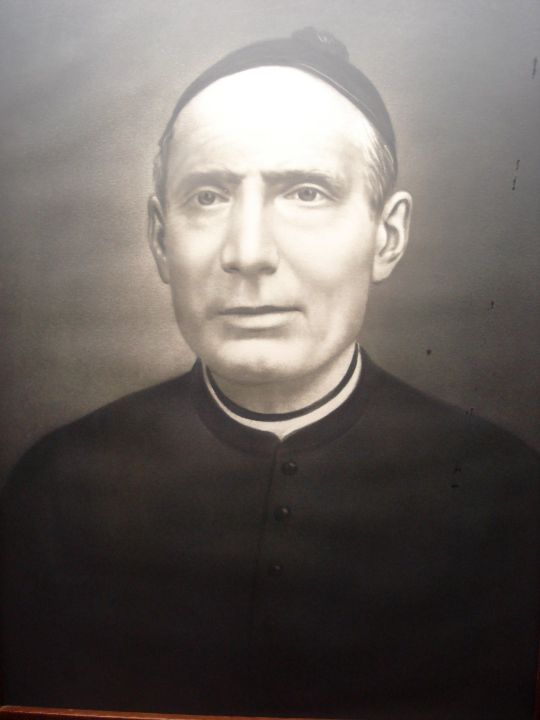 He was born in Manresa (Barcelona) on 24 July 1822. He studied Philosophy and Theology in Barcelona, and Moral Theology in Vic. Then he went to Rome where he was ordained priest. Back in Spain, he performed various pastoral duties but soon he realised that the cure of souls was not his vocation. Advised by Dr. Passarell, secretary to the Bishop of Vic, he had an interview with Fr. Claret whom he only knew by hearsay. This happened in June 1849. In July he joined Fr. Claret to found the Congregation. Soon after he took charge of the first Brothers of the Congregation. In 1858 he was designated Subdirector General of the Congregation. In 1870 he accompanied Fr. Claret in his last days in Fontfroide, and later on he wrote a Summary of his Life. In 1888 he stopped being Subdirector General and became Secretary. In 1898 he died in the house of Gracia (Barcelona) with the reputation of holiness. His cause of Beatification has already been introduced in Rome. We end with this brief profile by a biographer: “well loved and venerated by all, tireless forger of his own Christian and religious perfection; solicitous for the welfare of everyone; he passed by this world leaving behind a delicate scent of sanctity. He had no enemy at all.” 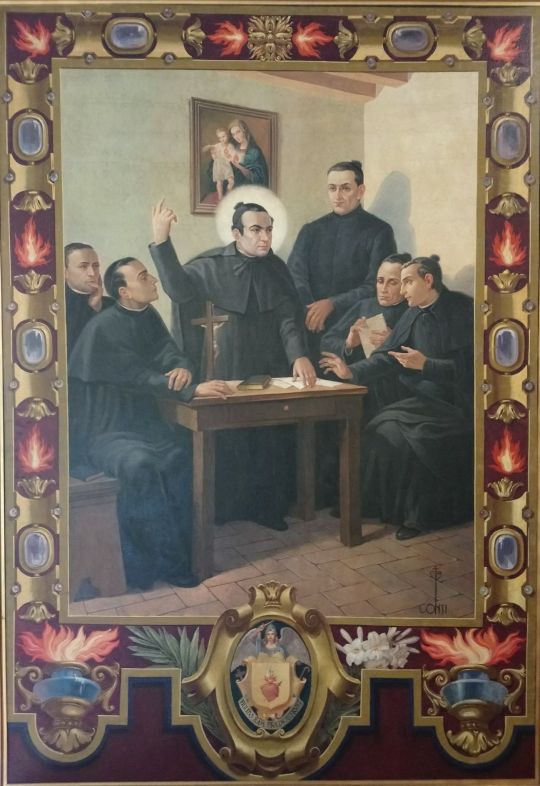